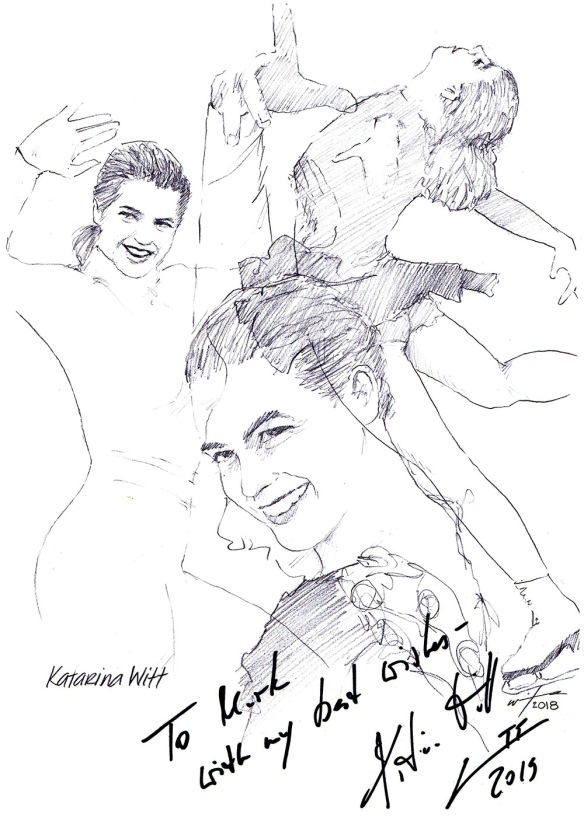 Regarded as one of the most successful figure skaters of all time, Katarina Witt dominated the sport for over half a decade in the 1980s, combining technical skill with charisma and a dazzling flair for showmanship. Representing East Germany and often described as the “ most beautiful face of socialism,” Katarina won gold at both the 1984 Sarajevo and 1988 Calgary Olympics. She was World Champion in 1984, 85, 87 and 88 and won six consecutive European titles from 1983-88.

She also starred alongside men’s Olympic medalists Brian Boitaio and Brian Orser in the 1990 telefilm CARMEN ON ICE, which won the trio an Emmy Award. Since retiring she had pursued a number of sporting and entertainment ventures, establishing her production company ‘With Witt’ in 1995 and is a member of the Laureus Sports Academy.

I sent this montage sketch to Katarina at her production company in Germany and it came back signed and dedicated.