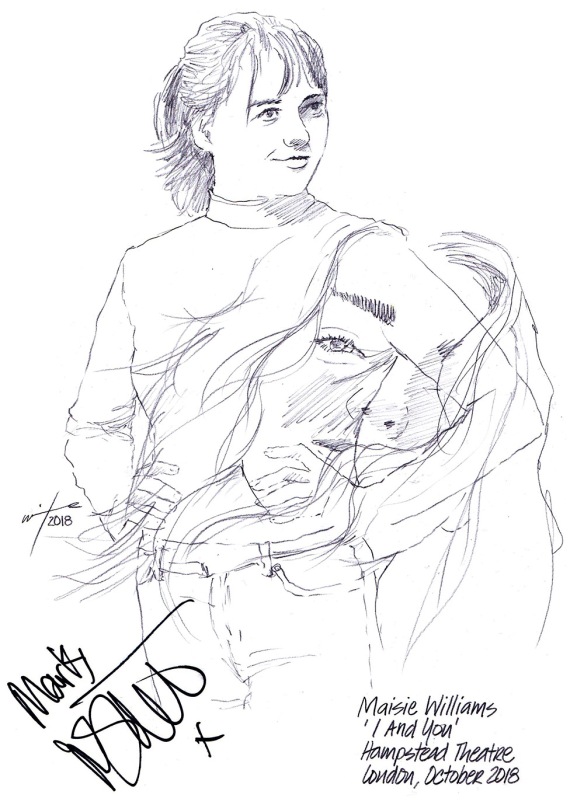 Maisie Williams made her professional screen debut in 2011 as Arya Stark in the hit TV fantasy drama series GAME OF THRONES for which she was nominated for an Emmy five years later.

She made her stage debut last month as a surly, death-haunted teenager in Lauren Gunderson’s I AND YOU, at the Hampstead Theatre in North London along with fellow theatre debutant Zach Wyatt. The 21 year-old English actress plays Caroline, who is home bound by a life-threatening illness, but a book of Walt Whitman poems and an unlikely friendship changes things. It’s a two character, 90 minute study of adolescent confusions and cosmic mysteries, which WhatsOnStage calls “a joyous, well-crafted evening”.

“Maisie Williams is an unstoppable bundle of charisma”, wrote Fiona Mountford in her Evening Standard review.

Maisie kindly signed my sketch when she arrived for last Saturday’s matinee performance at the Hampstead. I AND YOU runs until 24 November.