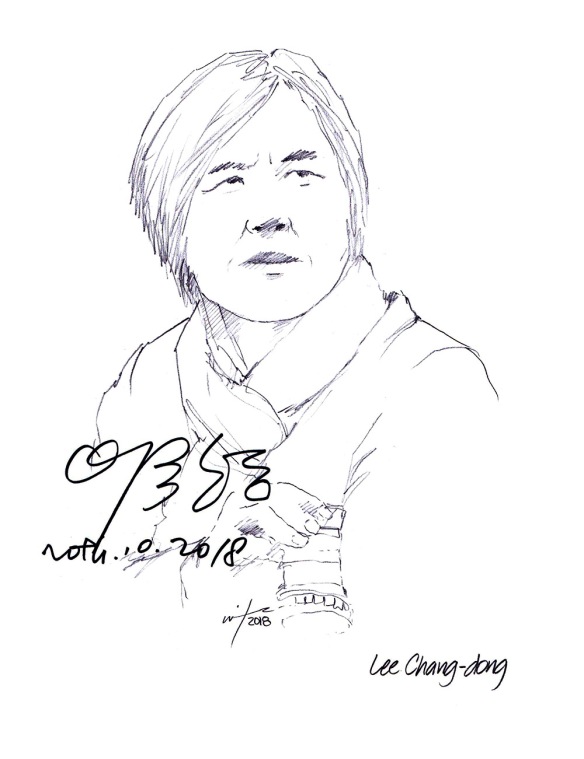 Celebrated South Korean film director and writer Lee Chang-dong was one of the guests at this year’s BFI London Film Festival, which has just concluded. His latest film BURNING was chosen for a Gala Screening and he also delivered a screen talk.

Fresh from success at the Cannes Film Festival where the mystery drama was in competition for the Palm d’Or, Lee won the Federation Internationale de la Presse Cinematographique – the International Critics prize. He had previously collected the Best Screenplay award in 2010 for his film POETRY. Lee was also South Korea’s Minister of Culture and Tourism in 2003/2004 which was part of President Roh Moo-hyun’s election promise to fill the position from the field of culture rather than a professional politician.

He signed my sketch at the BFI on London’s Southbank before his screen talk on Saturday.