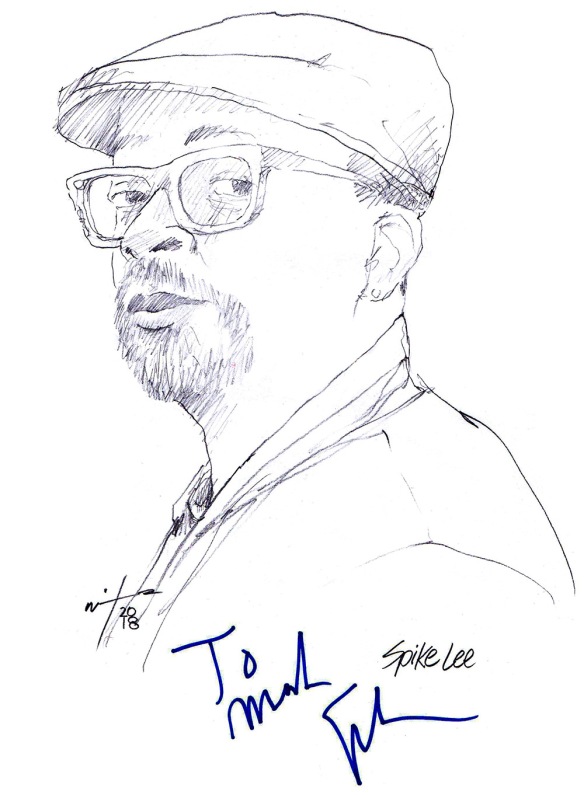 ‘Spike Lee Joints’ typically refers to the acclaimed American director’s films. His latest joint, BLACKKKLANSMAN is regarded as his “most accessible and narratively satisfying movie in over a decade.” Critics have called it a return to form for the socially conscious auteur, winning the Grand Prix at this year’s Cannes Film Festival and being nominated for the Palm d’Or. It is based on the 2014 memoirs of Ron Stallworth, the first African-American detective in the Colorado Springs Police Department who sets out to infiltrate and expose the local chapter of the Ku Klux Klan.

Among his many accolades, Spike has received both an Honorary BAFTA and Oscar, with the later citing “a champion of independent film and an inspiration to young filmmakers.”

After Cannes, Spike attended a screening of BLACKKKLANSMAN at the BFI in London followed by a Q+A. I had hoped to get my sketch signed at the event, but he arrived and apologised, said he had to quickly get into the auditorium, but would see us afterwards. I was unable to wait so I sent the drawing to his film company in Brooklyn, New York and it came back signed and dedicated.