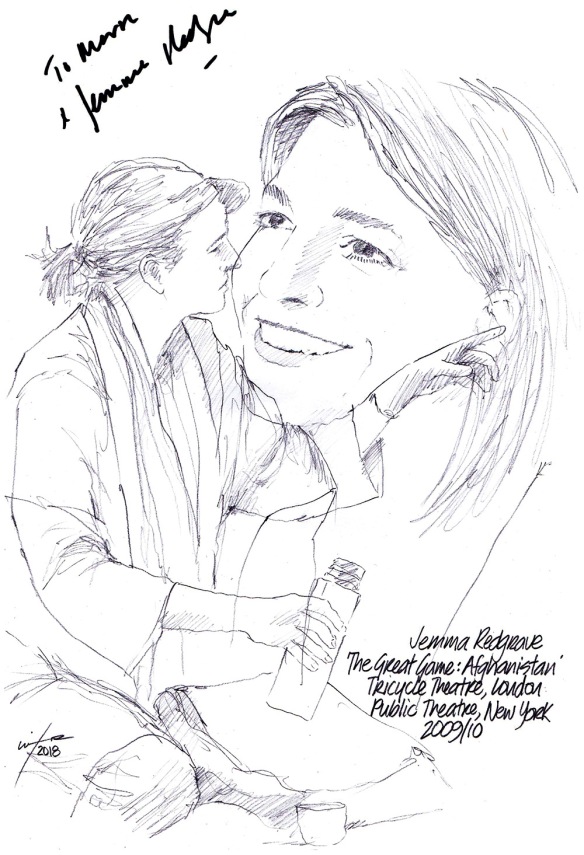 It’s a chronological history of foreign involvement in Afghanistan since 1842. Described as a ‘play of epic proportions’… it’s actually 12 playlets, divided into three sets of four, that required seven hours of on-stage acting. With intermissions it turned into a 12 hour theatrical marathon for cast and audience.

Jemma, a fourth generation actress from of the Redgrave dynasty, appeared in four of the 12. Her early stage career included the role of Irina in the 1990 revival of Anton Chekhov’s THE THREE SISTERS alongside aunts, Vanessa and Lynn Redgrave – the first and only time they have appeared in a theatre production together.

Jemma is also a familiar face on the small screen, playing Eve Granger in COLD BLOOD and Major Bernice Wolfe on the BBC medical drama HOLBY CITY, among many more. She signed my sketch at the Old Vic last month while she was appearing in MOOD MUSIC.