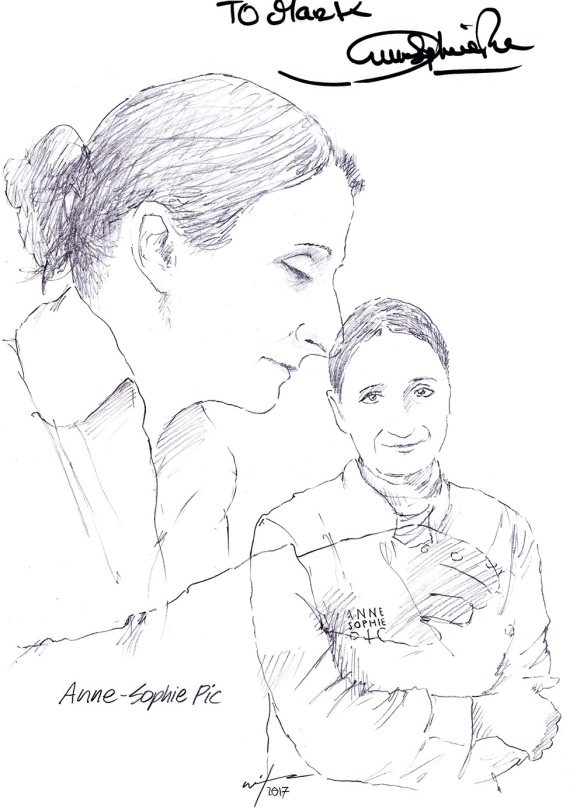 With a great grandfather, grandfather and a father in the business, French chef extraordinaire Anne-Sophie Pic seemed destined to follow the family culinary career path. Growing up in the family three Michelin star restaurant, ‘Maison Pic’ in Valence in southwest France did not initially influence her to stay. She left to pursue management interests in Japan and the US, but, at the age of 23 returned to her ‘passion’. Three months later her father Jacques passed away. The restaurant had also lost its third Michelin star so Anne-Sophie took over the business to win back her ‘dad’s star’.

With no formal training in cooking she successfully regained Maison Pic’s three star status. In 2011 she was won the Veuve Clicquot World’s Best Female Chef Award in the first year the category was established. Two years earlier she had opened her second restaurant, ‘Restaurant Anne-Sophie Pic in Lausanne, Switzerland which was immediately awarded two Michelin stars and in 2012 the Paris-based ‘ La Dame de Pic’ opened winning its first Michelin the following year.

In 2017 Anne-Sophie started ‘La Dame de Pic London’ in the Four Seasons at Ten Trinity Square, winning it’s first Michelin star this year. While no single dish is attributed to her signature style, she is known for her imaginative approach to combining complex scents and flavours.

I sent this drawing of Anne-Sophie to her London restaurant and it eventually came back signed with a lovely appreciation note, in French of course.