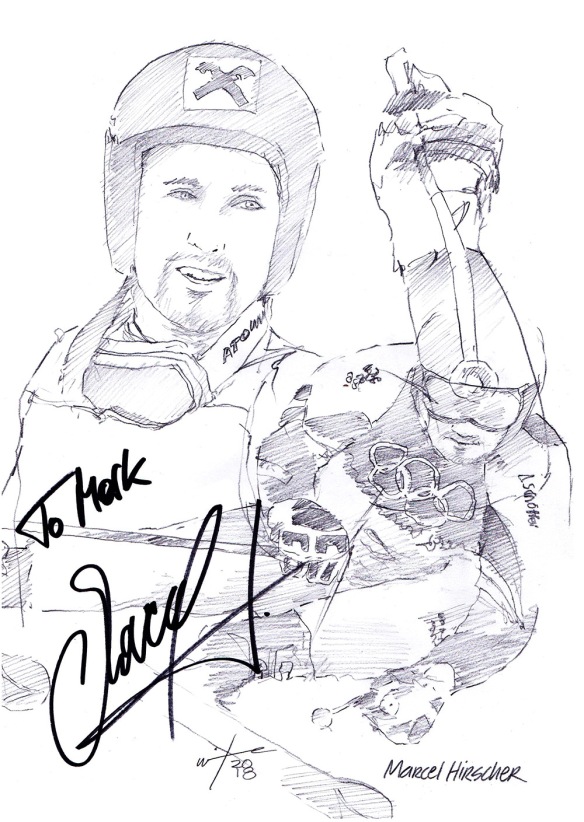 Austrian Marcel Hirscher is considered the best alpine skier… ever. With a record seven consecutive World Cup titles and six World Championship gold medals he has dominated the sport like no other in the slalom-giant and combined. At this year’s Winter Olympics in South Korea he won both the combined and giant slalom titles to consolidate his status. After which I quickly drew this sketch and sent it to Marcel at his Austrian base. Even quicker than his downhill run it came back signed and dedicated.