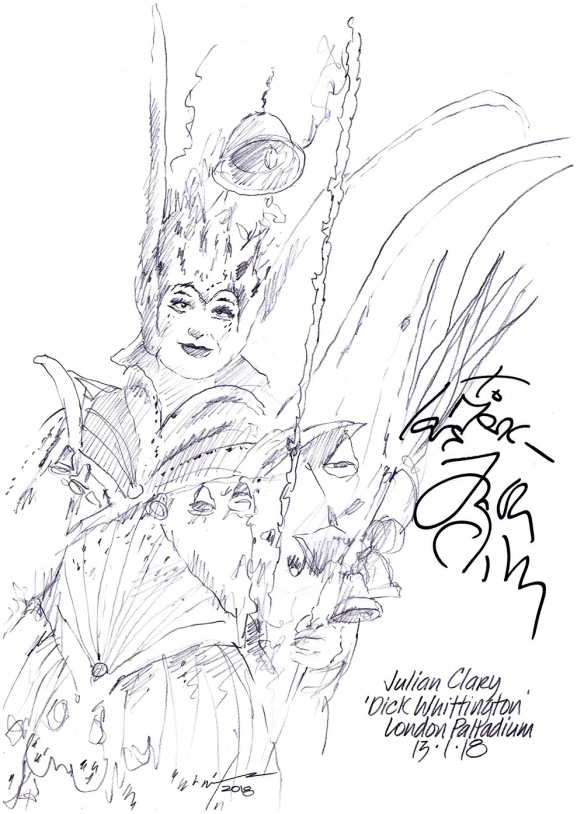 Putting Julian Clary in a show with the word ‘dick’ in it is like the preverbal kid in a sweet shop. He headlined London Palladium’s festive season’s hit panto, DICK WITTINGTON.

“The star of the gig is Julian Clary,” wrote Paul Vale in his review for The Stage, “playing the Spirit of the Bells, Clary is sheer pantomime gold, coasting through the plot with feigned indifference and his legendary lethal and camp delivery.” The Telegraph’s Claire Allfree added, “Clary once again reigns utterly supreme with a parade of exquisitely, outlandish outfits and extremely smutty gags.”

It finished last weekend, so I joined a sizeable gathering of fans waiting at the stage door for the final Saturday matinee for the arrival of Julian and the all-star cast. “This looks clever,” he said as he signed my drawing.