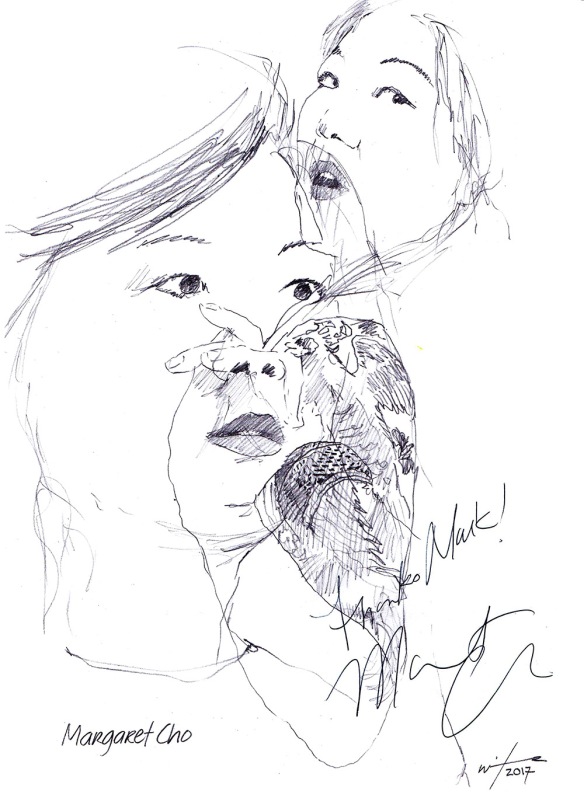 Margaret Cho is one of America’s most politically outspoken and savage standup comedians. In his Guardian preview before she embarked on her just completed UK Tour ‘FRESH OFF THE BLOAT’, Rob Walker wrote, “If you have never heard of Margaret Cho, think of the caustic, crude comedy of Joan Rivers, the politically-charged jibes of Bill Hicks and the quick-witted improvisation of Robin Williams – all rolled onto one but with a feisty Korean twist.”

The five-time Grammy and Emmy nominated actor, author and singer-songwriter is a household name in the US. Earlier this year Rolling Stone magazine named her as one of the 50 Best Standup Comics of all time. Openly bisexual, Margaret’s famous for her brazen take on sex and politics. She is also a regular on the small screen, playing the rebellious daughter in a traditional Korean-American household, ALL AMERICAN GIRL and as Teri Lee in DROP DEAD DIVA. She has also appeared in a number of films, including John Travolta’s FBI colleague in FACE/OFF.

Margaret’s last gig on the tour was at the O2 Shepherd’s Bush Empire on Sunday 10 December. The previous day I popped by to drop off a drawing, but it was completely shut, so I fired the enveloped sketch under the stage door and hoped for the best. It arrived back, signed, in the mail on Saturday.