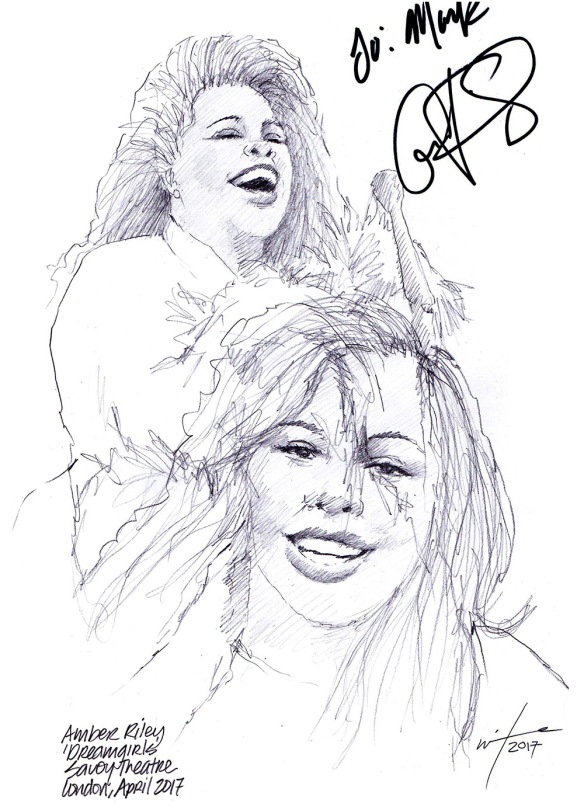 American actress and singer Amber Riley completed her West End debut in the hit musical DREAMGIRLS at London’s Savoy theatre last Saturday night. After receiving critical acclaim for her portrayal of lead Effie White, Amber won this year’s Olivier Award for Best actress in a Musical. The thirty-one year-old is best known for her TV role as Mercedes Jones on the Fox comedy-drama series GLEE for which she won a Screen Actors Guild Award. She also won season 17 of DANCING WITH THE STARS in 2013 and has been nominated for the Grammy three times. It took me a few attempts to get this drawing signed. For one reason or another I keep missing Amber at the stage door, but finally, on the last night after her final performance I got the graph.