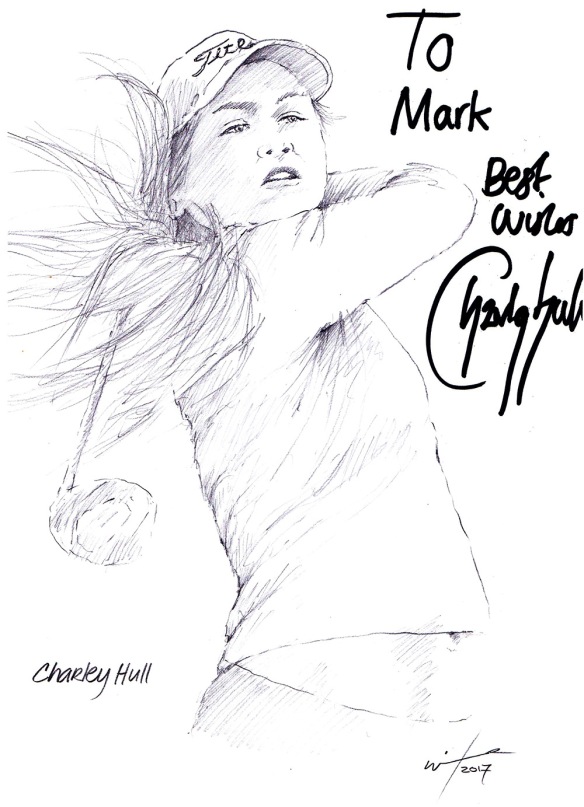 British golfer Charley Hull is one of the rising stars on the women’s International golf scene. Introduced to the game at the age of two, the twenty-one year old turned professional in 2013, becoming the youngest player to compete in the Solheim Cup. She was part of the first European squad to win on US soil and was named Rookie of the Year She was also voted Best Newcomer by the Sports Journalists Association. In 2014 Charley became a champion on the European circuit before the age of 18 and was named the European Ladies Player of the Year. Last year she won the prestigious season-ending CME Group Tour Championship. Charley signed this sketch for me while competing at the Scottish Open at the Dundonald Links in Ayr in July.