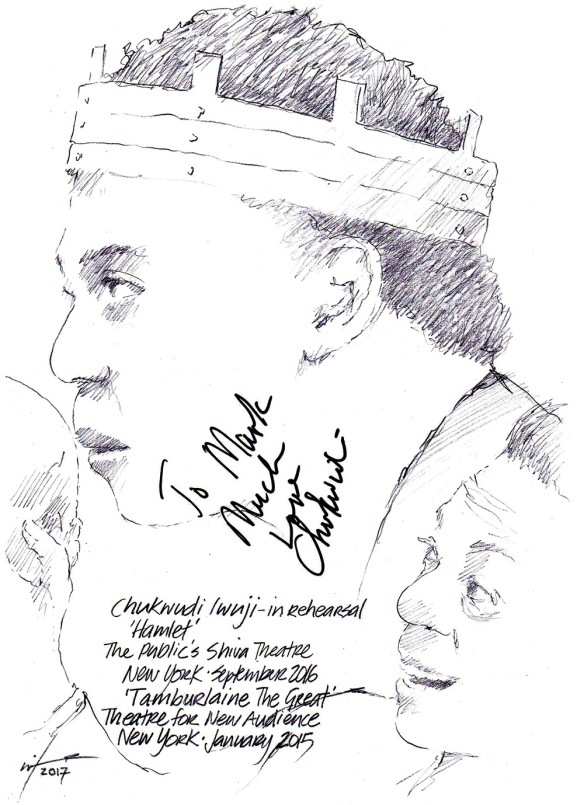 Nigerian-born British actor Chukwudi Iwuji (usually shortened to Chuk), was sent to an English boarding school at age 10 while his parents worked for the UN in Ethiopia. He studied economics at Yale University before going to drama school then returned to the UK and became a stalwart of the Royal Shakespeare Company. His one ambition was to play HAMLET with them, but that opportunity came last year when he played the Danish Prince at New York’s Public Theatre in a three-week run after a tour of prisons, homeless shelters and senior citizen’s venues. The previous year he was also in the Big Apple in Christopher Marlowe’s TAMBURLAINE THE GREAT at the Theatre for New Performance. Both roles were captured in my sketch which Chuk signed for me at the Barbican while he was appearing in OBSESSION opposite Jude Law.