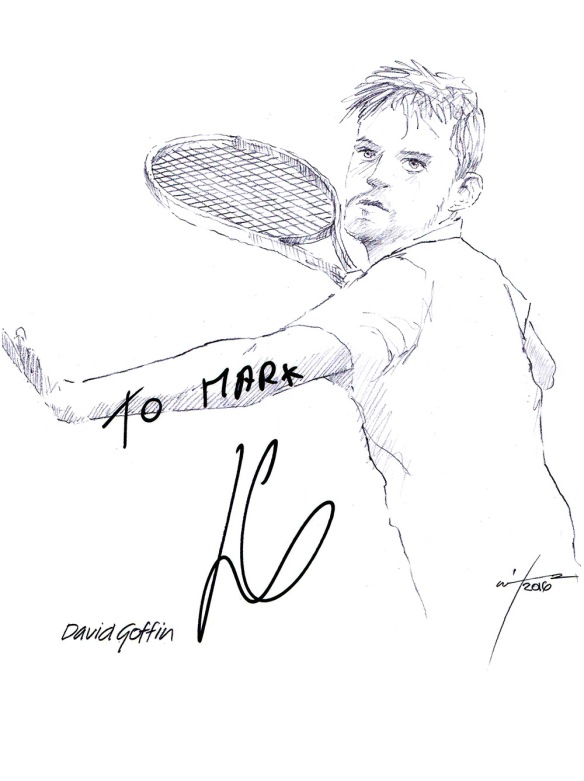 Another rising star on the men’s tennis circuit is the charming David Goffin, who is the alternate at this year’s ATP World Tour Finals at London’s O2. ‘La Goff” as he is known did play a pool match, replacing an injured Gael Monfills against Novak Djokovic yesterday.

The 25 year-old right-handler has won two ATP titles. His breakthrough year was 2012, when he missed qualification for the French Open, but gained entry as the ‘lucky loser’, ironically replacing Gael again. He reached the final 16 before being beaten by a certain Roger Federer. This year he reached the quarter finals, attaining a career high No.11, which is his current ranking.

As a diligent alternate, David has been arriving first thing each day to practice with all the players. David is proof that you don’t have be a ‘physical monster’, as the TV commentary team described him, to be a top player. There’s hope for me yet. The charming 5′ 11” Belgian signed my sketch on his arrival earlier this week.