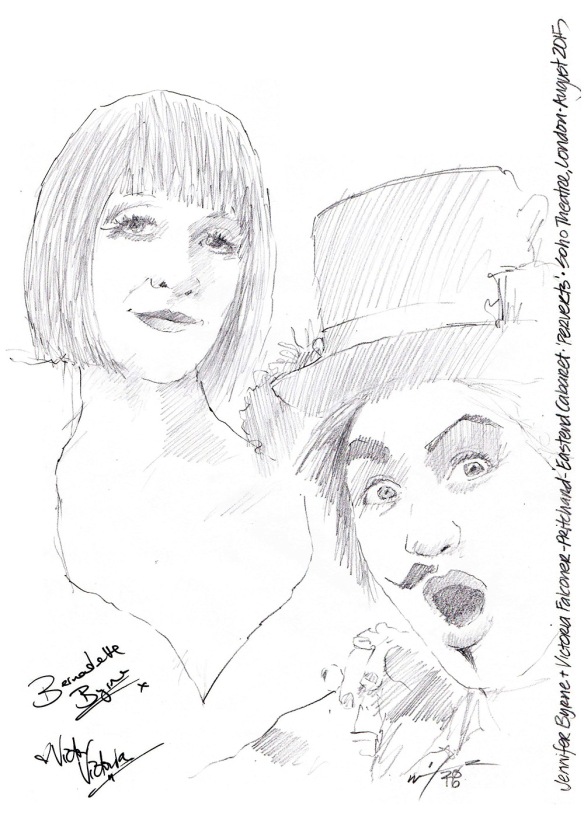 “A high-powered Flight of the Concords dipped in acid and drenched in smut,” is how the Crikey (AU) magazine  described EASTEND CABARET performers and professional perverts, Jennifer Byrne and Victoria Falconer-Pritchard.

On a recent tour Downunder, Theatrereview NZ likened them to a “mutant child of a Victorian circus-locked away in the Pet Shop Boys basement and forced to watch nothing but Eurovision.”

Their utterly raucous, unashamedly risqué, dark,hilarious and dangerously inappropriate show had it’s origins in the iconic East End pub, The George Tavern in 2009, appearing at the Edinburgh Fringe two years later. TimeOut said “They can work an audience like nobody’s business.” Last year they won Best Variety Act at the London Cabaret Awards.
I left this sketch of Bernie and Victy from their 2015 Soho Theatre production PERVERTS at the London Hippodrome where they were performing last month  and it came back, signed with their character names and a little note. 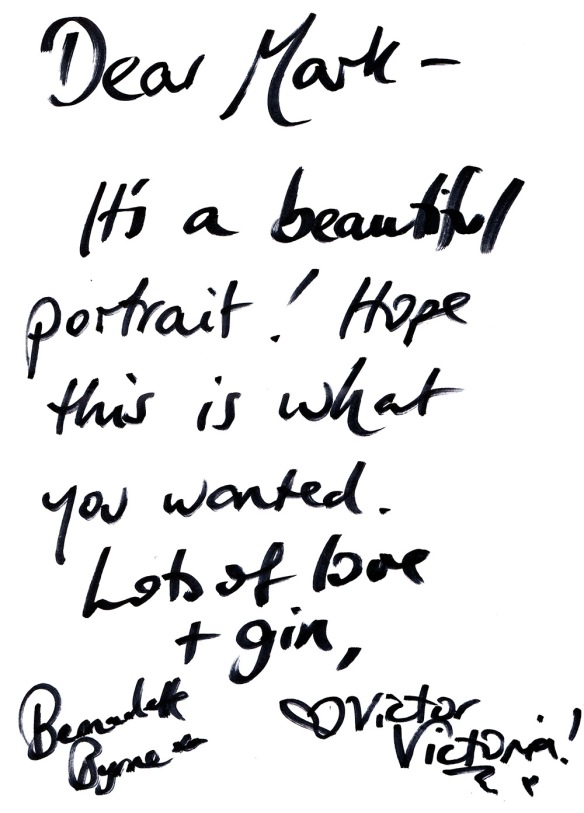