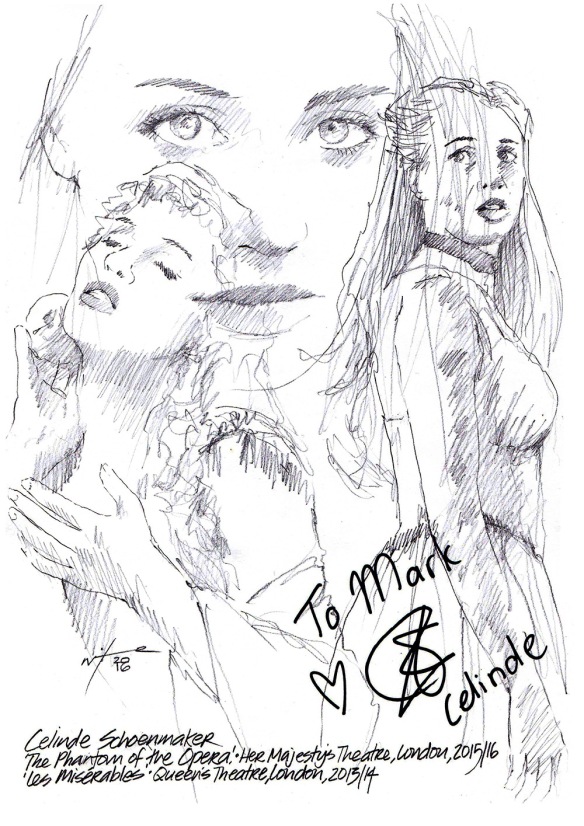 Dutch songstress Celinde Schoenmaker made her West End debut as the fateful Fantine in LES MISERABLES at the Queen’s Theatre in early 2013, continuing until the summer before retuning to her homeland to appear in LOVE STORY. She returned to the barricades to reprise the role of Fantine in June 2014, before taking on the iconic Christine Daae in Andrew Lloyd Webber’s THE PHANTOM OF THE OPERA at Her Majesty’s in it’s 30th Anniversary year. Christine, the chorus girl and the object of obsession, passion and love for the mysterious Phantom was first played by Sarah Brightman in the original 1986 production.

With leading roles in two of the world’s longest running musicals was reason enough to capture Celinde with my 4B pencil. Obviously she doesn’t appear in every performance  and I seemed to pick the ones where she wasn’t, but I eventually caught up with her at the stage door after Saturday’s matinee where she was delighted to sign the drawing for me.