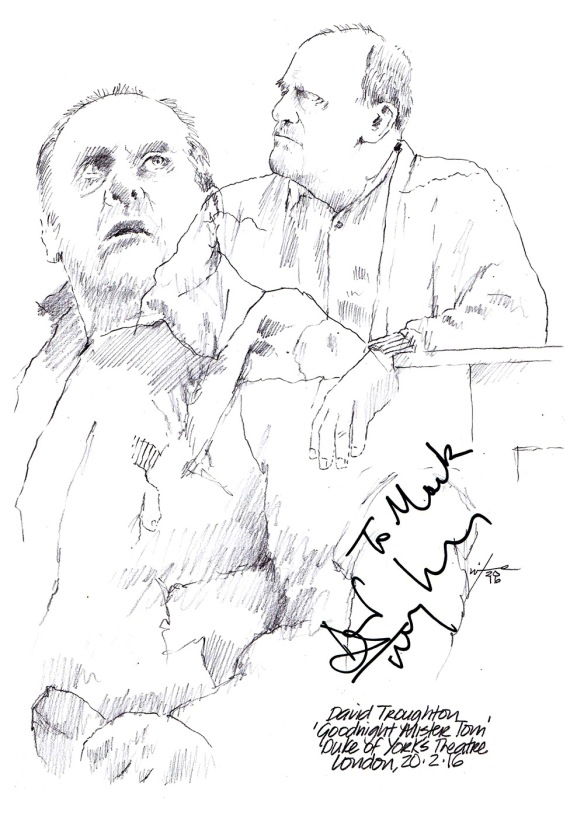 During the dangerous build-up to the Second World War, GOODNIGHT MISTER TOM follows young William Beech’s evacuation to the idyllic English countryside where he forms a remarkable and heart warming friendship with the curmudgeon Tom.

David’s such a wonderful character actor. I remember seeing him in INHERIT THE WIND, opposite Kevin Spacey at the Old Vic in 2009. Both actors signed a sketch for me. This drawing of David’s ‘Tom’ was signed on the last day at the Duke of York’s before the production moved to Manchester to start the 2016 UK Tour.