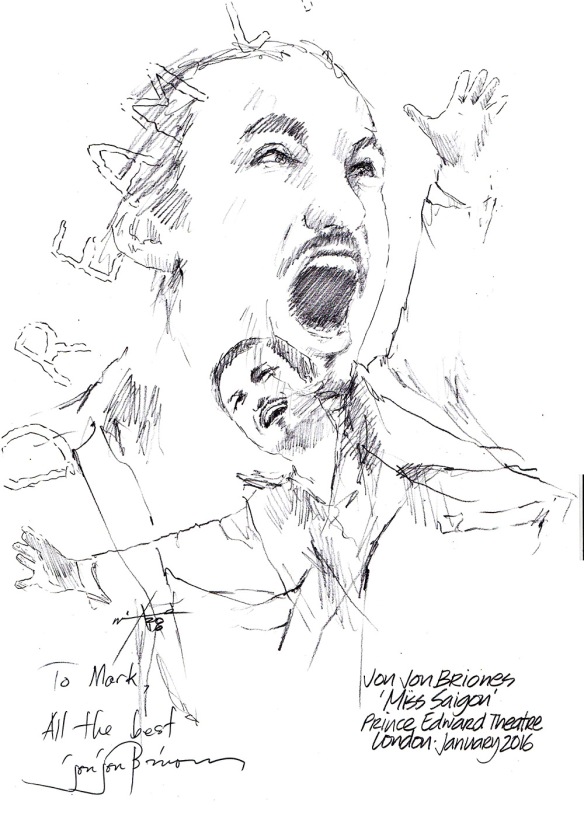 Manila-born Jon Jon Briones was only 22 when he came to London’s Drury Lane in 1989 to be part of the original ensemble of the hit musical MISS SAIGON. Now, twenty-five years later, he has returned in the lead role as the Engineer in the show’s revival which completes its run at the Prince Edward Theatre this month. His is a true ‘rags to riches’ story.

“I had never before spoken English and there I was, living in my own apartment and earning money and appearing on the West End.”

Having played the Engineer in Germany, on the US, Asian and UK tours and in his native Philipines, Los Angeles-based Jon Jon slipped across the Atlantic take on the part for the latest West End engagement, which began in May 2014.

Being part of the original production, Jon Jon worked with the great Jonathan Pryce, who originated the role of the Engineer. “He basically provided the blueprint for all the Engineers to follow” said Jon Jon when asked about his inspiration. “I really love what he did and I was privileged to have watched it take shape,” but he has also added some of his own interpretation. “My take is darker than usual,” he said.

“Growing up in a very poor part of the Philippines, I was constantly confronted with people who struggled through life, people who were completely desperate. As an actor, these first hand experiences have proven to be vital in getting the characters desperation across to the audience every night.”

He’s obviously got the formula right with by the critics and the audience, winning a WhatsOnStage Award and a nomination for an Olivier.