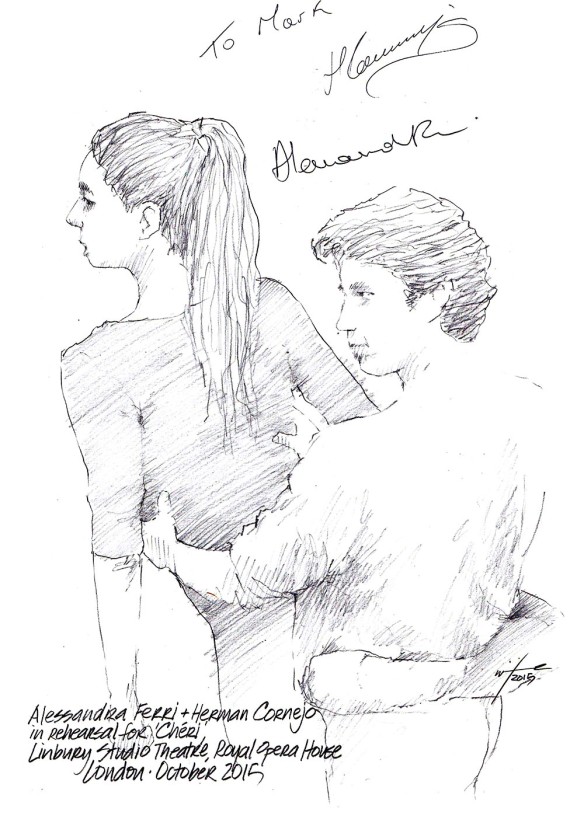 Italian Prima Donna Alessandra Ferri returned to the Royal Opera House in October this year at the age of 52. She was joined by Argentine and Principal of the American Ballet Theatre Herman Cornejo to perform acclaimed American choreographer Martha Clarke’s CHERI at the Linbury Studio.

Based on the novels of Colette it tells the tale of a doomed love affair between a woman and a man half her age. This is a sketch of them both in rehearsal which they both signed for me. Alessandra also signed another one, which I posted earlier. Dancers are such great drawing subjects!