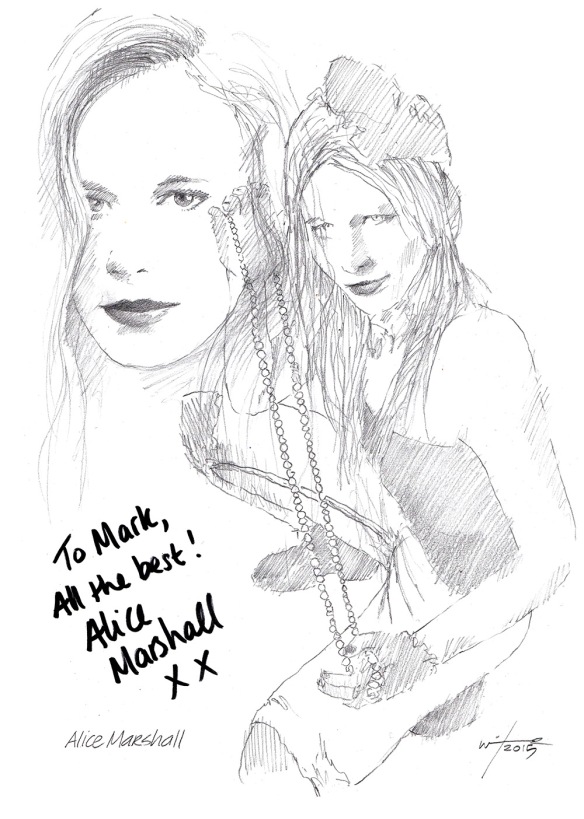 “Alice Marshall is a proper actor,” prefaced Martin Walker in his Three Minute interview with her for BroadwayBaby.

In spite of many TV roles, including recently playing Mary Magdalene in The Jesus Mystery “comedy is also in her blood”. Martin’s first question was “You’re an actor, comic and voice over artist. Have I left anything out? Which comes first and why?” Alice replied. “and astronaut obviously. But who isn’t these days?” She said they all “sort of mesh together most of the time and the skills are similar in all facets of entertainment”.

She performed her debut solo comedy show Vicious at London’s Museum of Comedy last month, with the slogan “Life is Cruel. People are arseholes. This is vicious.” Alice takes a long hard look at the world through the eyes of the hurt, the lonely, the angry, the mad, the sad and the completely unhinged.

Last year Alice was part of Canal Café Theatre’s long running News Review at the Edinburgh Fringe Festival and was also part of Alice’s Comedy Wonderland at the Phoenix Artist’s Club in Soho earlier this year, described by Time Out as “going down the surreal comedy rabbit hole at this weirdo gig featuring a collection of comics”. This sketch, which she signed for me, is based on that gig.