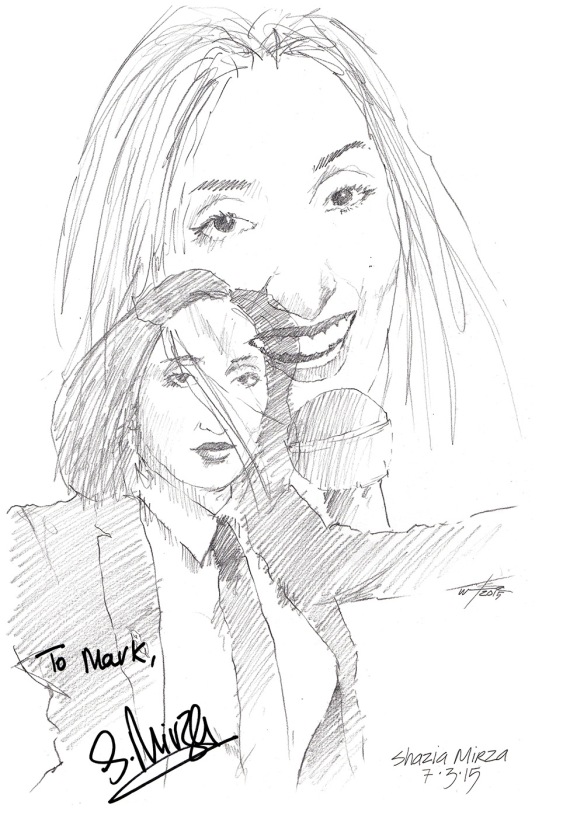 International award-winning British-Asian, Muslim, comedian, actor and writer Shazia Mirza used to be a secondary school science teacher (she taught rapper Dizzee Rascal) before taking on a career in stand up. She gained notoriety in the months after the September 11 2001 attacks and the resulting Islamophobia, beginning her shows with the deadpan remark, “my name is Shazia Mirza – at least that’s what it says on my pilot’s license”.

In April 2007 she presented a documentary on BBC3 entitled, “F*** Off, I’m a Hairy Woman.” The Observer listed her as one of the 50 funniest acts in British comedy. She has been a regular columnist for The Guardian since 2004 and began writing fortnightly columns in the New Statesman, winning Columnist of the Year 2008 at the prestigious PPA Awards, to go with her numerous comedy awards.

In his list of the 50 best jokes of the noughties, The Telegraph’s Dominic Cavendish included two of Shazia’s quotes: “Men who blow themselves up are promised 72 virgins in paradise. That’s a high price to pay for a shag. In real life you’d be hard pushed to find one virgin. It begs the question – what on earth do they all look like? That’s a lot of hairy women”

“The only way Heather Mills can redeem herself now is to find Madeleine McCann.”

According to her website, “she hopes one day to have a cleaner and a jacuzzi.”

Shazia signed my sketch at the WOW – Women of the World Festival at the Royal Festival Hall in London earlier this month.