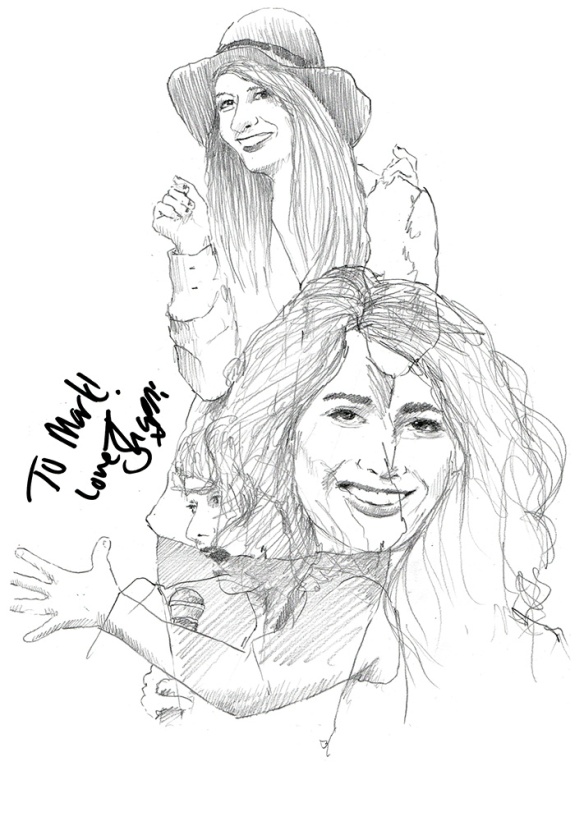 Tehran-born, British comedian Shappi Khorsandi was brought up in London after her family was forced to flee Iran after the Islamic Revolution, following the publication of a satirical poem composed by her satirist father, criticising the Ayatollah.

The star of Live At The Apollo, Michael McIntyre’s Comedy Roadshow, Friday Night with Jonathan Ross, Have I Got News For You and QI completed a sell out run at this year’s Edinburgh Festival. Entitled Because I’m Shappi, she performed a season let month at the Soho Theatre, where she signed my sketch after her final performance.