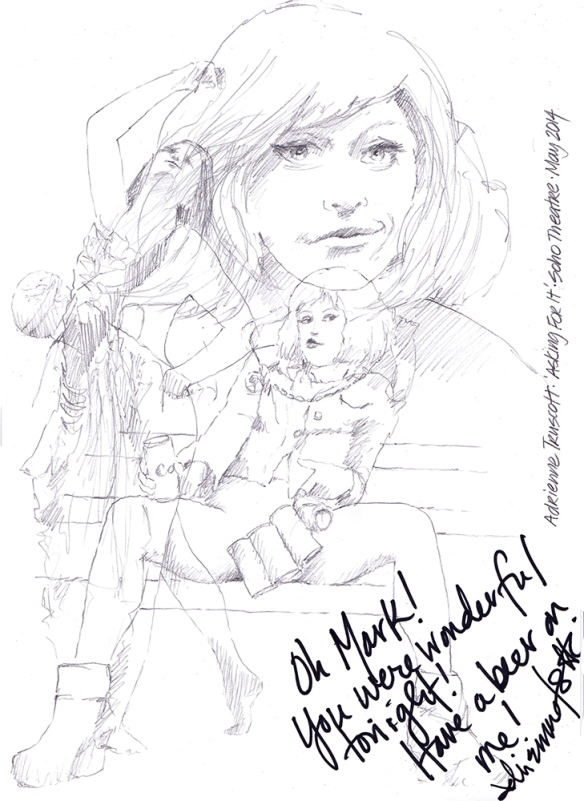 “Irreverent, sacrilegious, foul mouthed and uninhibited” are just some of the words the New York Times used to describe the beloved, brave and bawdy Wau Wau (pronounced Vow Vow) Sisters. Tanya Gagne and Adrienne Truscott have collaborated as the physical comedy duo since 1999 with their unique blend of singing, witty banter, aerial high-jinks and bawdy burlesque usually with costumes, but no clothes!

New Yorker Adreinne has just completed a season of her latest side show Asking For It at the Sohoo Theatre in London. Dressed only from the waist up and ankles down. It won the Edinburgh Comedy Award Panel Prize in 2013 .

The satirical broadside against rape culture and a string of male performers aggressively asserting their right to tell jokes about it was described by The Guardian in its five star review as ‘sophisticated confrontationalism’.

As she states in her Twitter profile “I’m a performer first, and a Lady second”. I met both after last Thursday’s show and one of them signed my sketch, which the other one really liked.