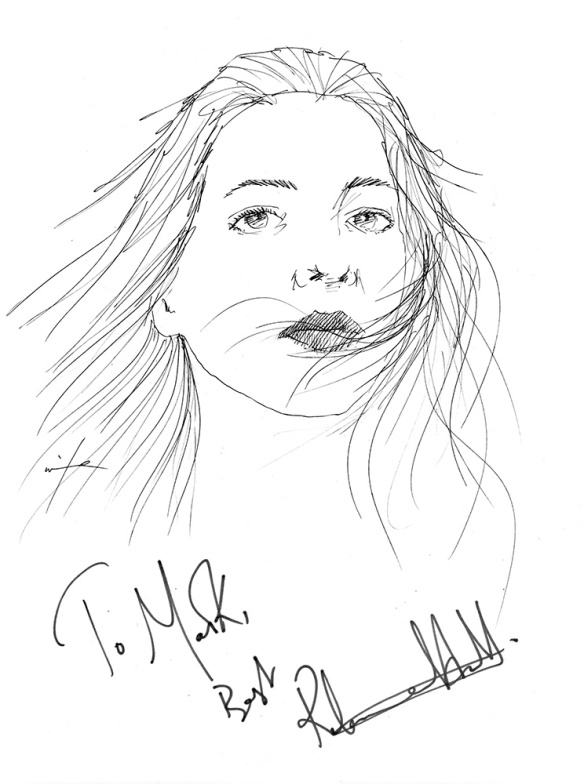 The 31 year old British actress Rebecca Hall won the Supporting Actress BAFTA in 2007 for Red Riding in the Year of Our Lord 1974 and was nominated for Leading Actress n 2013 for her role as Sylvia Tiefjens in BBC Two’s Parade’s End.

Her latest film Transcendence with Johnny Depp and Morgan Freeman will be released in the UK this Friday (25/04/14).

Rebecca signed this very quick fine biro portrait at the BAFTA screening of The Town with Ben Affleck at the Odeon West End in September 2010.