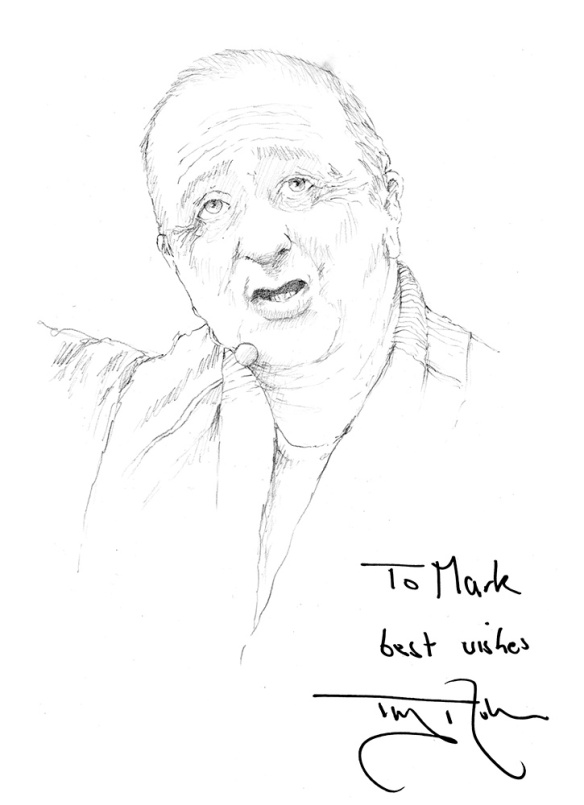 I had a cunning plan to get a ‘graph from Tony Robinson. Best known for his portrayal of the buffoonish Baldrick in the BBC comedy series Blackadder. Tony… *clears throat* Sir Tony last appeared on stage in Alan Bennett’s Forty Years On in 1997.

He was knighted in this year’s Queen’s Birthday Honours for public and political service. He joked, “I also pledge that from this day on I’ll slaughter all unruly dragons and rescue damsels in distress who request my help.”

Tony returned to the stage after an absence of 16 years as Kenneth Grahame, narrating his much loved children’s classic The Wind in the Willows at the Duchess Theatre. Sir Tony signed my sketch going in for Saturday’s matinee… my plan was so cunning you could put a tail on it and call it a weasel…. well, maybe not a weasel, but a toad, or ratty or mole or even a badger.