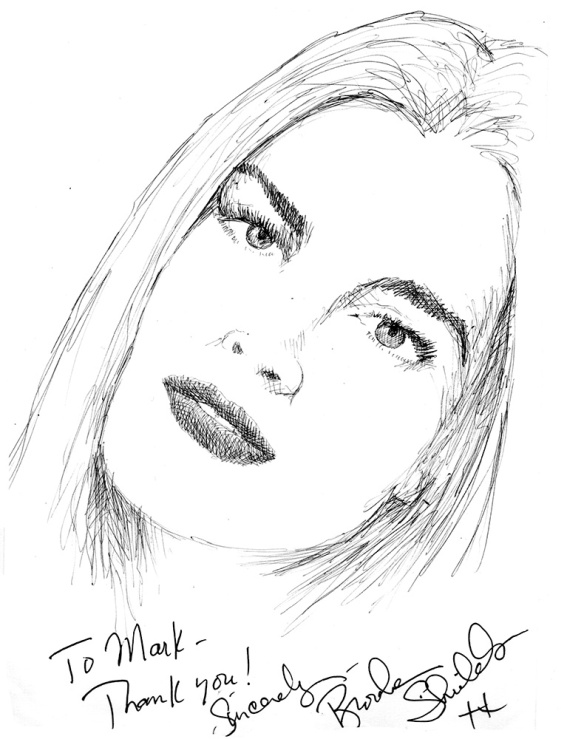 When Brooke Shields was only 5 days old, her mother, Teri, openly stated that she was grooming her for show business. Eleven months later, Brooke modelled for Ivory Soap. As a twelve year old she won critical acclaim in Louis Malle’s film Pretty Baby, playing a child prostitute. In 2009 a naked photo of her, taken when she was 10 was included in an exhibition of works by Richard Prince at the Tate Modern. It was removed after a police warning. By the time she was 16, Brooke was one of the most recognisable faces in the world, due to dual careers as a provocative fashion model and as a child actress.

In 1983, she abandoned her acting and modelling to complete a Bachelor’s degree in French literature a Princeton University. She returned to acting in the 1990s, including a four season run in the titular role of the TV sitcom Suddenly Susan (1996-2000), for which she was nominated for a Golden Globe Award.

Brooke has appeared in several Broadway productions, including revivals of Grease (1999), Cabaret (2001), and as Roxie Hart in Chicago (2005), a role she previously played at the Adelphi Theatre in London’s West End a year earlier.

Brooke signed my sketch at Barnes and Noble Tribeca in New York on 24 June 2008. She was doing a signing for her book Welcome to Your World, Baby.