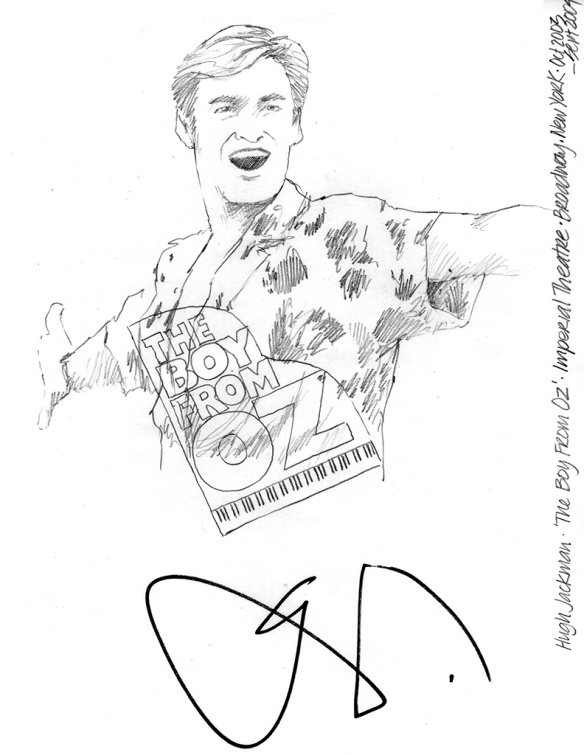 In 2004 ‘The Sexiest Man Alive’ according to a number of publications, including People Magazine, Australian actor and producer Hugh Jackman won a Tony Award for his role in The Boy From Oz – a jukebox musical based on the life of fellow antipodean singer/songwriter Peter Allen. After it’s world premiere in Sydney on 5 March 1998, it opened on Broadway at the Imperial Theatre on 16 September 2003 with Hugh taking over the lead role from showman Todd McKenney and ran for a year. It also returned to Australia from August/September 2006 with a specifically designed arena production.

Hugh liked the sketch and amongst the madness and mayhem of screaming fans (mostly of the female persuasion) at the UK premiere of The Wolverine he signed it and interrupted his ‘graph to go’ speed signing to pass on complementary remarks.