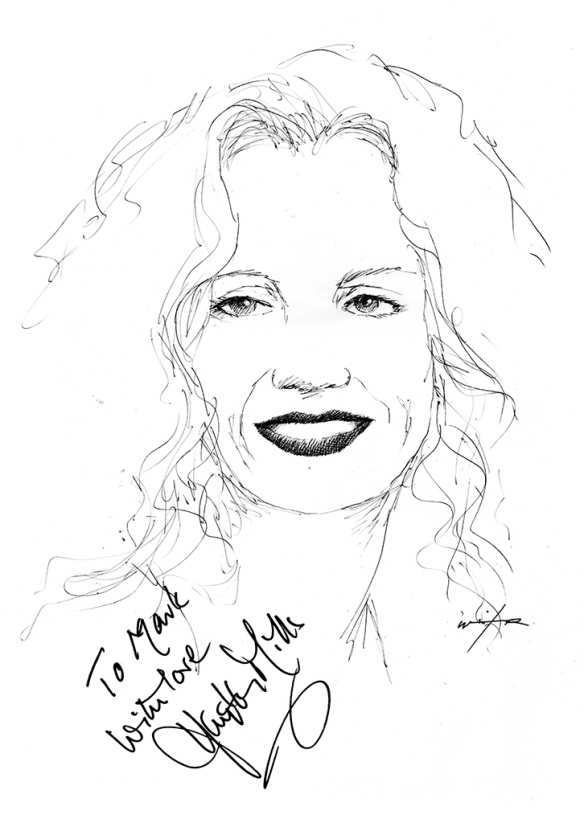 Hayley Catherine Rose Vivien Mills found fame at the age of 13 in Walt Disney’s Pollyanna. She won a special juvenile Oscar for her role and went on to make five other films for Disney to become one of the most popular actresses of the early sixties. Despite her long and successful career, Hayley isn’t sure she would have made it in acting had she not been a child star. “I started work at the right time. At 13 I was still spontaneous and unselfconscious.”

She mad an early stage debut as well, in the 60s  West End revival of Peter Pan, as the title character. Her Godfather was the playwright, actor and singer, Sir Noël Coward. In 1992 she toured New Zealand, Australia and the UK in his play Fallen Angels with her sister Juliet. It played my home town of Invercargill, New Zealand, and I was lucky enough to meet them both at the stage door of the Civic Theatre.

Hayley signed my sketch in London, at her agent’s office in 2010.