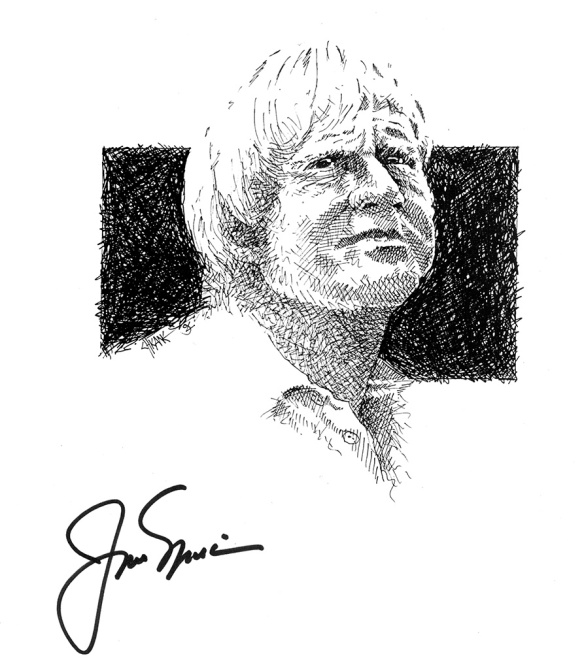 Jack Nicklaus is widely regarded as the most accomplished professional golfer of all time ‘The Golden Bear’ won 73 titles, including 18 majors – in a career that spanned 25 years. He won the Masters six times, the PGA Championship five times, the US Open four and the   British Open Championships three times.

I sent this sketch to Jack at his Palm Beach office in 1994 and he signed it for me. He is a frequent visitor to the UK and I saw him at this year’s Wimbledon Tennis Championships.