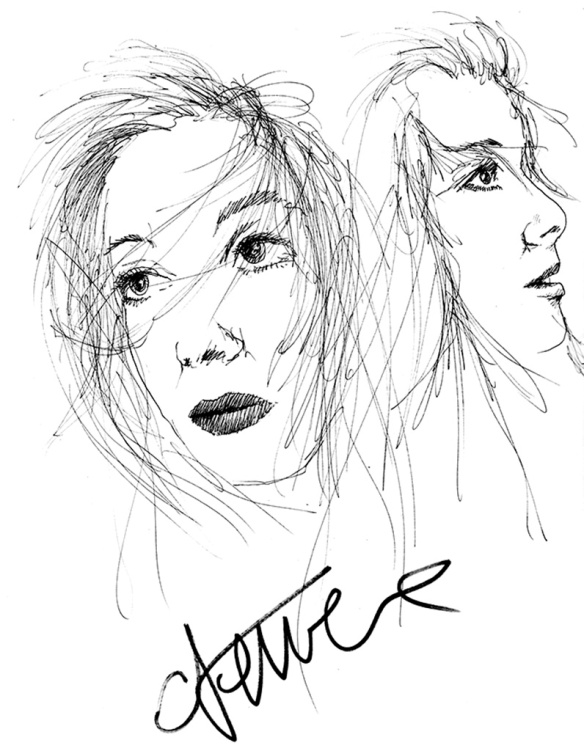 Catherine Fabienne Dorléac is one of France’s most renowned actresses and better known as Catherine Deneuve.

Promoting the period comedy film Potiche at the British Film Institute in June 2011, she was ‘mobbed’ by autograph hunters and protected by a number of of security staff as she quickly went from the entrance to the BFI’s green room.

I was positioned at the halfway point on the bend. She was about to rush by, saw the sketch and stopped to sign it, then continued on her trajectory at light speed.

Earlier that year, she made headlines in Madrid when she was asked to put out her cigarette at a press conference promoting the same film. She said she would rather pay the fine. I didn’t see her with a ciggy in hand, but I did get her siggy, which was very fine!