This year’s BFI LONDON FILM FESTIVAL has recently concluded. Here is one of the guests whom I met at the event: 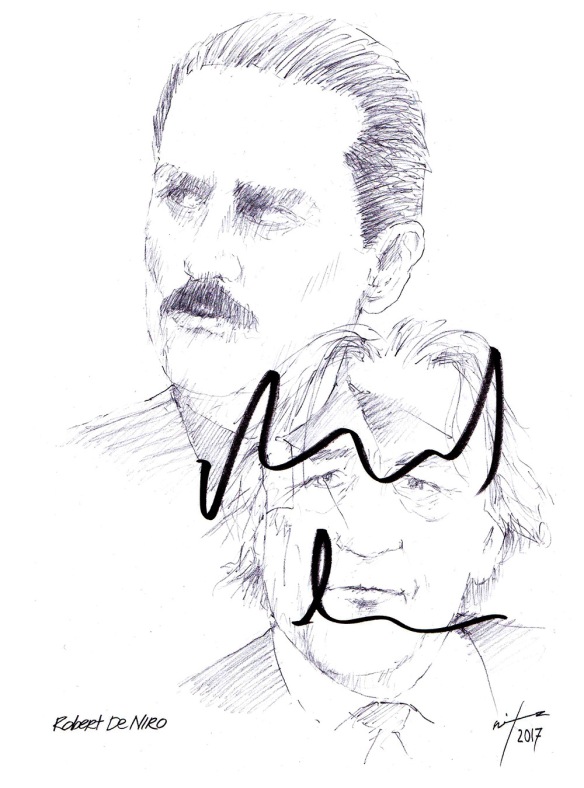 Robert DeNiro attended this years Festival to support his latest film, Martin Scorsese’s Netflix epic THE IRISHMAN and deliver a Screen Talk at the BFI on London’s Southbank. The 76 year-old plays Frank ‘The Irishman’ Sheeran, a World War II vet and Teamster unionist who recounts his alleged jobs as a hitman for the Bufalino crime family in Pennsylvania and his role in the disappearance of Labour Union leader and his longtime friend Jimmy Hoffa. It is the ninth collaboration with Martin, starting with MEAN STREETS in 1973.

Bobby, as Martin calls him, has received seven Academy Award nominations, winning two. His first, was for his Best Supporting Actor performance as the young Vito Corleone in THE GODFATHER PART II (1974), followed six years later for Best Actor as World Champion boxer Jake LaMotta in RAGING BULL. He also won the Golden Globe for that role and has collected six BAFTA, four Emmys and four SAG nominations.

Getting Robert’s much sort after autograph was challenging given the numbers who wanted it, but he managed to see my drawing, which includes a portrait of him as the young Vito amongst the sea of items smothering him after THE IRISHMAN Gala screening at the Embankment Garden cinema and signed it for me.