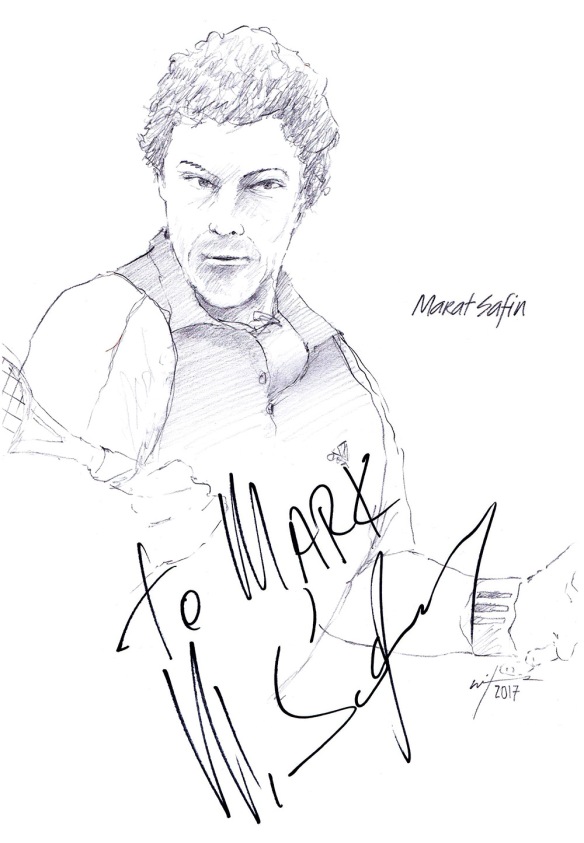 Former World Number 1 tennis player Marat Safin returned to the court last year, making his Royal Albert Hall debut at the Champions Tennis, where he was beaten in the final by another former World Number 1, Juan Carlos Ferrero. The Russian, known for his powerful offensive play and strong, accurate serve won two Grand Slam titles in a career that began in 1997 until he retired in November 2009.

He beat defending champ Pete Sampras to win the 2000 US Open and local favourite Lleyton Hewitt on his way to the Australian Open title five years later. He was also a member of the successful Russian Davis Cup teams in 2002 and 2006. Marat achieved the Number 1 ranking in November 2000, for nine weeks. His sister Dinara Safina also achieved the same status, making them the only brother/sister tandem in tennis history to do so. In 2016 he becam the first Russian to be inducted into the International Tennis Hall of Fame.

Marat was also known for his emotional outbursts and fiery temper. By his own admission he broke 1055 racquets during his career. I didn’t enquire how many sharpies he had destroyed and thankfully he was completely the opposite when I meet him at Royal Albert Hall and kindly signed my drawing.

In 2011 he became an elected politician and member of the State Duma, representing the United Russian Party, so I’m not sure if that environment would mellow ones temperament, but I guess you do practice more diplomacy.