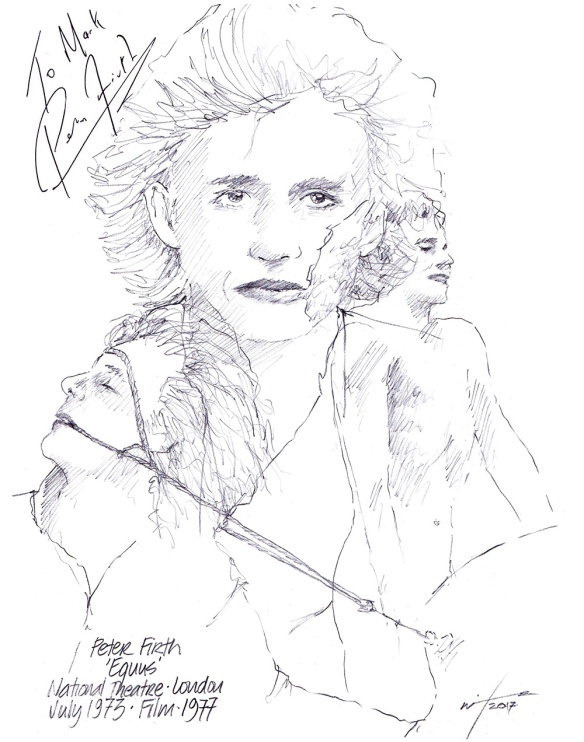 British actor Peter Firth will be known to TV viewers as Sir Harry Pearce in the BBC spy series SPOOKS – the only cast member to appear in every episode of its ten series. My favourite role however was his stage and subsequent film appearance as the disturbed equine-worshipping teenager Alan Strang, who blinds the eyes of horses in Peter Shaffer’s EQUUS, which ran at the National Theatre in London in 1974 and transferred to Broadway the following year, earning him a Tony nomination.

In 1977 he reprised the role for the film adaption, opposite Richard Burton who played the psychiatrist Dysart attempting to find the root of Alan’s equine worship. He won a Golden Globe Award and was nominated for an Academy Award. EQUUS is one of my favourite plays and I had the honour of meeting its author and the privilege of directing it in New Zealand many moons ago. I left this sketch of Peter as Alan with London agent and was very pleased to get it back signed.