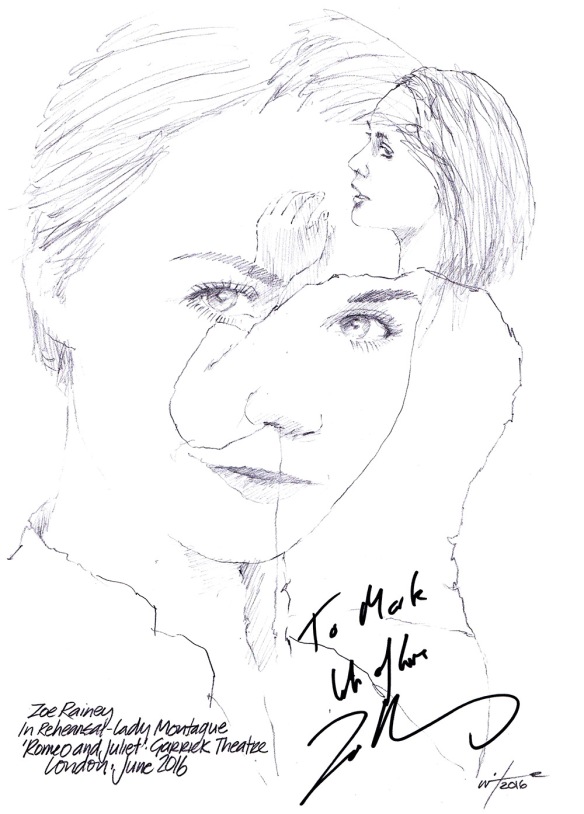 Northern Irish actress Zoe Rainey is appearing in her second Shakespearian production of the Kenneth Branagh Theatre Company’s season of Plays at the Garrick, playing Romeo’s mum, Lady Montague in ROMEO AND JULIET. Earlier this year she played Emilia in the tragicomedy THE WINTER’S TALE. Prior to that Zoe had worked with Kenneth in  the live action remake of Disney’s CINDERELLA and will be seen next year in another live action adaption of an animated classic, BEAUTY AND THE BEAST, also playing a maternal role, this time Belle’s mother. Her extensive stage career includes WICKED at the Apollo, GUYS AND DOLLS and PARADE at the Donmar Warehouse and the World Premiere of FINDING NEVERLAND at the Leicester Curve.

Zoe signed this sketch leaving the Garrick after an evening performance of R&J last week.